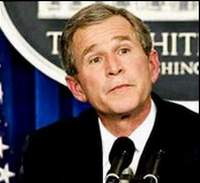 The Iowa caucus operates very differently from the more common primary election used by most other states. It can be defined as "gathering of neighbors." Typically, these meetings occur in schools, churches, or public libraries. The caucuses are held every two years, but the ones that receive national attention are the presidential preference caucuses held every four years. In addition to the voting, caucus attendees propose planks for their party's platform, select members of the county committees, and discuss issues important to their local organizations.

In the 2008 Iowa Caucus the participants will be as follows:

Thus on the threshold of the coming process the point of rest for leading candidates Clinton and Obama are older voters and generally female in the former case and younger and male in the latter.

Edwards is trying to attract new voters, too. Recent events featuring singers Bonnie Raitt and Jackson Browne were designed to allure Iowans who might not show up for a routine political rally.

The campaigns offer a lot of benefits to attract all the ages. Especially Hillary Clinton’s, who is sure that many people will come because they are eager to help elect the first woman president.