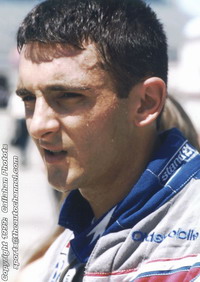 One of the drivers still trying to qualify for the Indianapolis 500, Stephan Gregoire, spun into the wall during practice.

He was examined at the infield hospital and transferred to Methodist Hospital for observation after complaining of pain in his back.

The 38-year-old Frenchman has been in seven races at Indianapolis, with his best finish eighth in 2000.

It was the fourth crash since practice began May 6. Jon Herb, Milka Duno and Jimmy Kite were not injured in the earlier incidents.