Prosecutors have alleged at a federal trial in the Florida Keys that baseball agent Gustavo "Gus" Dominguez helped to organize two smuggling trips to take baseball players out of Cuba. 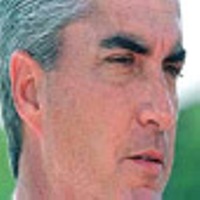 The first attempt failed, and the second succeded. Prosecutors say he did it for the money.

Defense attorneys instead maintain that Dominguez, who fled Cuba years ago, is dedicated to helping oppressed Cuban ballplayers. The agent's first client was Rene Arocha, the first Cuban player to defect to the United States, and he has represented many more since then.

Dominguez and his co-defendants have pleaded not guilty to federal alien smuggling, conspiracy and other related charges.

Convicted drug trafficker Ysbel Medina testified Wednesday that Dominguez asked him in June 2004 to bring in more baseball players, but that he refused until Dominguez paid him at least $100,000 (Ђ74,778) he still owed for bringing Seattle Mariners shortstop Yuniesky Betancourt to the U.S. in 2003.

Medina said in exchange for his testimony, he was allowed to keep four real-estate properties and avoid tax evasion and smuggling charges.

The case opened in Key West the same day that Betancourt agreed to a multimillion-dollar (euro), three-year contract extension with Seattle. He was expected to testify Thursday.

Dominguez is accused of transferring $225,000 (Ђ168,249) out of the bank account of his client, Chicago Cubs catcher Henry Blanco, to pay for the trips. Blanco testified Wednesday he had no knowledge of the transfer.