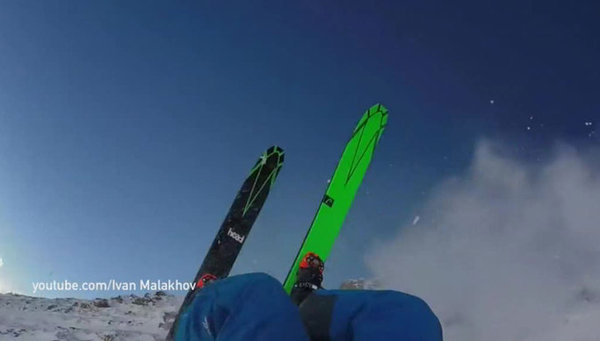 The incident occurred during the Freeride World Tour in Fieberbrunn. The Russian free rider was filming his descent on a helmet camera. He started confidently, but all of a sudden lost control of himself and fell, tumbling down the slope of the snowy mountain. Malakhov said later that the reason for his fall was the poor preparation of the track. Fortunately, the skier suffered  numerous bruises.

"Nothing is broken, I feel bad, but I hope for quick recovery!" he later told his fans by posting an X-ray image of his spine on social media.

Malakhov also said that it was his most extreme fall ever. The chilling video filmed from both the helmet camera and an aerial vehicle shows the skier falling on his back and crashing down the slopes as his skis come undone.

Miraculously, the athlete has not suffered any bone fractures. His health and life are out of danger, doctors said. However, the free rider will have to skip the next round of the tournament.

Ivan Malakhov is a native of the city of Smolensk. He is Russia's champion in freeride.