A witness saw a motorcyclist bypassing the wreckage of the car carring Princess Diana shortly after the crash 10 years ago. 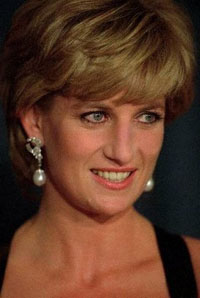 Grigori Rassinier said he was driving through the Pont d'Alma tunnel in the opposite direction when he saw a motorcycle emerge from smoke that filled the tunnel after the Mercedes slammed into a pillar.

The motorcycle "swerved as if it were avoiding the crashed car," he said in a statement.

The coroner's jury must decide how Diana and her boyfriend, Dodi Fayed, died in the crash on Aug. 31, 1997. Their French driver, Henri Paul, also died.

Several witnesses have recalled seeing motorcycles pursuing the couple's car, though accounts have differed on how many bikes gave chase. Other witnesses did not recall seeing any motorcycles.

Some photographers were seen on motorcycles that night, and it is believed that Paul may have been trying to outrace them on a journey from the Ritz Hotel to Fayed's apartment.