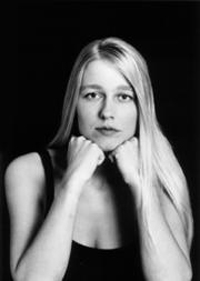 Did she tank or did she triumph?

With Katharina Wagner in the bidding as the next possible leader of the Bayreuth festival, her production of "Die Meistersinger von Nuernberg" is being debated with a zeal that is unusual even for the venue - the world's showcase for great-grandfather Richard's works.

Her father, Wolfgang Wagner, is 87 and has said he is ready to step down as the present festival head - but only if Katharina is allowed to succeed him. So the performance was a closely watched gauge of her artistic ability with the buzz beginning as soon as the curtain went down Wednesday - and growing Thursday with the appearance of the first newspaper reviews.

Much of the criticism ranged from lukewarm to negative. The German edition of the Financial Times headlined its review "Lack of Purpose in Bayreuth" while the weekly "Der Spiegel" focused on the "storm of boos" from the audience. And the daily "Die Welt" wrote that "a lot of fine-tuning is needed" before the production is again shown next year.

Experimentation admittedly ruled Wednesday. No quaint gabled houses or medieval town squares and no period costumes either. Instead, the audience was given a plot turned topsy turvy, a villain turned hero, a hero turned wimp - and a few minutes of full frontal nudity. It was definitely not the stuff embraced by traditional Wagnerites.

But if Wagner is concerned, she did not show it Thursday.

"They didn't understand it," she told The Associated Press of the negative voices. Asked how she felt the morning after, she said with a smile, "somewhat tired but ... relieved."

Between sips of a local label of diet cola and tugs on a Lucky Strike, Wagner insisted that - no matter what the final judgment of Wednesday's premiere was - she was ready to take over from her father "if the conditions were right."

In any case, "I do not feel that directing puts me in a stronger position" for the job, she said, adding that "running a festival is a completely different thing" from producing opera.

And she suggested the succession issue was not looming, pointing out that her father has a lifetime contract and had not broached the subject recently because "he knew that I was working so intensively on 'The Meistersinger."'

Still, the issue has gained special significance this year. Wolfgang niece Nike, and Eva, a daughter from a first marriage, are both experienced managers of artistic or musical events and have indicated their interest. But they are shunned by Wolfgang in favor of Katharina.

Increasing speculation is fed by the media's suggestion that it is time for a change.

The respected German weekly Die Zeit recently described Wolfgang Wagner as "an old man leaning on a cane for support who hears poorly, occasionally seems mentally absent and whose appearances from behind the wings are becoming increasingly rare."

Bayreuth Mayor Michael Hohl, director of the Richard Wagner Foundation that controls succession and other major issues, acknowledged the foundation would look at the succession question this fall because "discussions have become loud" about the issue.

Three outcomes are possible, Hohl told the AP: the status quo, with Wolfgang Wagner insisting his lifetime contract be honored; the foundation accepting his choice of Katharina as successor; or if he surprisingly drops his insistence on his youngest daughter, a selection process that would likely include Nike Wagner and Eva Pasquier-Wagner.

Still, the influential Hohl suggested he could back Katharina. Asked about Wednesday's production, he told reporters: "I liked it," adding, "Katharina is a real candidate."

And Bavarian Governor Edmund Stoiber played down the critical voices, telling guests at the same post-performance party for Katharina attended by Hohl: "If you don't talk and argue about a premiere then it is not worth anything."

Katharina herself shrugged when asked if great-grandfather Richard would have approved of her interpretation, saying: "I don't think he would have liked everything completely but at least ... I think I hit his vein of humor."

More important was the director's right to shape a work, particularly one first performed 139 years ago.

"What kind of direction would Richard Wagner give today where he now would have a whole technical apparatus, sunken stages, light shows, also as far as costumes are concerned?" she asked.

"For me, being true to the work means that I tackle the work intensively and that is something I did."

Touching on what traditionalists consider sacrilege, she said she was open for suggestions that future festivals broaden their repertoire past the seven operas selected each year from Wagner's 10 mature works - but such a decision was up to Richard Wagner Foundation.

Still, the festival could lose meaning with such a move, she suggested.

"Bayreuth has gained a certain mythological status," she said. "If you scratch this status ... you have to be aware of the consequences."