Populations in many countries of Eastern Europe and the former Soviet Union will be among the oldest in the world by 2025. That makes the government act now to deal with the trend. 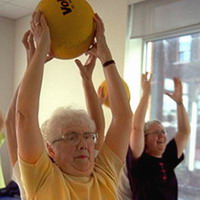 The median age of populations in Europe will increase from 38 today to 49 in 2050, more than 20 years beyond the median age in Africa, the bank said in a report. Spain, with half its population older than 55 by 2050, will be the oldest country in the world followed closely by Italy and Austria, with median ages projected to be 54.

"But the fastest aging countries over the next two decades will be in those of Eastern Europe and the former Soviet Union, the result of unprecedented declines in fertility and rising life expectancies," said the report.

The analysis concludes that although aging in the region is occurring in the context of unprecedentedly weak institutional development, countries can avoid severe economic consequences if they accelerate their economic transition and undertake pension and health care changes to meet the aging challenge.

"Wealthier and more developed countries such as France, Italy and Japan are in much better shape to meet the challenges of aging than the aging countries in Eastern Europe and the former Soviet Union," said Arup Banerji, a co-author of the report.

The region is projected to see its total population shrink by almost 24 million over the next two decades, the report said. Russia alone is projected to lose 17 million from its current level of around 145 million people.

By 2025, the report said, between one-fifth and one-fourth of the population in nine Eastern European countries and former Soviet republics, ranging from Azerbaijan to Slovakia, will be 65 or older. In 2025, more than one in five Bulgarians will be over 65.

The analysis said growing older does not have to mean growing slower. Aging is not a stop sign for national growth, it said, if countries enact policies that boost productivity and labor force participation.

"The policies needed to manage much of the expected jump in public spending, especially the impacts on pensions and health care, are well known," the report said. "They need only to be enacted and implemented."

Mukesh Chawla, a World Bank economist and co-author of the report, said though some increase in public spending is inevitable, it is possible to reduce the blow.

"For that, the countries in the region need to put in policies to make pension systems financially sustainable even with more retirees and to take proactive measures for financing long-term care," he said.

A 2006 EU study on the implications of an aging population for new EU members was less optimistic than the World Bank report about economic growth prospects for the countries, EU expert Giuseppe Carone said in Brussels, Belgium.

The study concluded that GDP growth in these countries will fall sharply, while health care costs will soar, Carone said.

"We are sounding a firm call to policymakers to act," Carone said. "The window of opportunity to put reforms in place is over the next five to 10 years."