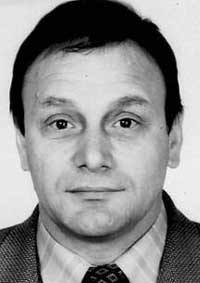 A former Russian security agent who claimed to have warned Litvinenko of death squad could die of asthma in his prison if authorities continue refusing to hospitalize him, human rights activists said Friday.

Mikhail Trepashkin, a former colonel in the Federal Security Service (FSB), the main KGB successor agency, is serving a four-year sentence for revealing state secrets in a prison colony in the Ural Mountains.

His lawyers and rights activists say that officials' refusal to hospitalize Trepashkin has put his life in increasing danger as his prison conditions have exacerbated his chronic asthma.

"Conditions behind bars jeopardize his life," said rights activist and Kremlin critic Lev Ponomaryov. "He has bad asthma with allergic complications, and prison doctors stuff him with inadequate drugs."

Trepashkin, 50 is serving his sentence near the industrial town of Nizhny Tagil, some 1,200 kilometers (750 miles) east of Moscow. The prison is near a large industrial plant whose toxic emissions badly aggravated his condition, Ponomaryov said.

Officials have rejected continuous appeals that he be hospitalized or transferred elsewhere.

In letters released by his lawyers last year, Trepashkin said he had warned former FSB agent Litvinenko about a government-sponsored death squad that intended to kill him and other Kremlin opponents.

Russia's top prosecutor dismissed the letters as "stupidity" and refused to allow a team of Scotland Yard officials to talk to Trepashkin during a December trip to investigate Litvinenko's poisoning death.

British prosecutors accused Andrei Lugovoi, a former KGB agent turned businessman, of fatally poisoning Litvinenko and have demanded his extradition. Russia has refused to hand over Lugovoi, saying he could face trial at home if Britain provides enough evidence.

Lugovoi dismissed the British accusations and claimed Thursday that British secret services might have had a role in Litvinenko's killing.

Trepashkin, who became a lawyer after quitting the FSB, was arrested in October 2003 on charges of illegal possession of a gun, which he said was planted. He was arrested days before he was to have taken part in a trial related to the 1999 apartment building explosions that killed about 300 people in Moscow and two other cities.

The government blamed the explosions on Chechnya-based rebels, but Litvinenko and other Kremlin critics alleged they were staged by authorities as a pretext for launching the second Chechen war. Trepashkin was one of those who rejected the official version of the bombings.

"Trepashkin is a KGB dissident who participated in a democratic movement inside the agency," said Valentin Gefter, director of the Moscow-based Human Rights Institute. "He fell victim of a typical KGB revenge, and they want to wreck him physically."