Participants of sexual abstinence programs were just as likely to have sex within a few years as those who did not. 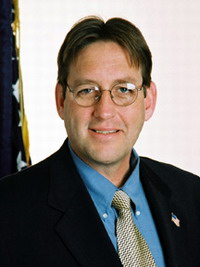 Also, those who attended the abstinence classes reported having similar numbers of sexual partners as those who did not attend the classes, and they first had sex at about the same age as their control group counterparts - 14 years and nine months, according to Mathematica Policy Research Inc.

The U.S. government now spends about $176 million (130 million EUR) annually on abstinence-until-marriage education. Critics have repeatedly said they do not believe the programs are working, and the study will give them reinforcement.

However, Bush administration officials cautioned against drawing sweeping conclusions from the study. They said the four programs reviewed - among several hundred across the United States - were some of the very first established after Congress overhauled welfare laws in 1996.

Officials said one lesson they learned from the study is that the abstinence message should be reinforced in subsequent years to truly affect behavior.

"This report confirms that these interventions are not like vaccines. You can't expect one dose in middle school, or a small dose, to be protective all throughout the youth's high school career," said Harry Wilson, the commissioner of the Family and Youth Services Bureau at the Administration for Children and Families.

Mathematica's study could have serious implications as Congress considers renewing this summer the block grant program for abstinence education known as Title V. The federal government has authorized up to $50 million (36.9 million EUR) annually for the program.

Some lawmakers and advocacy groups believe the federal government should use that money for comprehensive sex education, which would include abstinence as a piece of the curriculum.