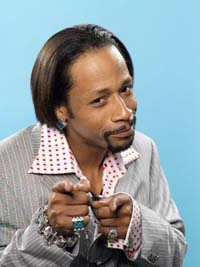 Comedian Katt Williams was sentenced to three years probation after pleading no contest to a misdemeanor count of carrying a concealed firearm, authorities said.

A judge on Wednesday also ordered him to pay restitution and gave him credit for the three days he spent in jail, said Jane Robison, a district attorney spokeswoman, reports AP.

Williams, 35, was arrested Nov. 6 at Los Angeles International Airport security checkpoint after a gun was found in his briefcase.

Williams, whose full name is Micah S. Katt Williams, was booked then allowed to travel to Atlanta where he hosted the BET Hip Hop Awards.

Williams is best-known for the role of Money Mike in the 2002 movie "Friday After Next."