Elijah Wood, a 35-year-old actor, who played Frodo Baggins in the trilogy Lord of the Rings, said that high-paid pedophiles act at the Hollywood parties, The Sunday Times reported. 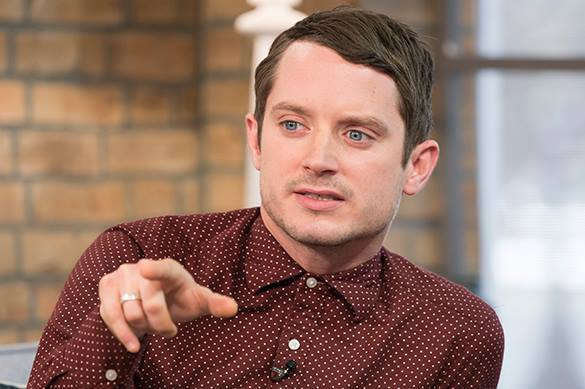 Pedophiles hunt down child actors, and convince them to have an affair by deceit, bribery or blackmail. The actor revealed a huge 'lobby of pedophiles'.

According to Wood, pedophiles are protected by producers, managers and other powerful Hollywood figures. The actor also reminded of the BBC host Jimmy Savile, who had carried out more that a hundred of sexual abuses against people 5 to 75 years old during 50 years.

"Clearly something major was going on in Hollywood. It was all organised. There are a lot of vipers in this industry, people who only have their own interests in mind," Wood stated.

The actor admitted that he had never been subjected to it, as his mother didn't allow him to visit parties.

Unfortunately many victims prefer to keep silence. "That's the tragedy of attempting to reveal what is happening to innocent people," the actor said.

As Pravda.Ru reported, a mass revelation of pedophiles among the British show business took place in 2012. At the time Jimmy Savile, singer Gary Glitter, comedian Freddie Starr and PR man Max Clifford were charged with accusation of sexual abuse.