Surgeons of the Children's Hospital in the Sverdlovsk region of Russia performed a unique operation to remove a door handle from the thorax of a nine-year-old boy. 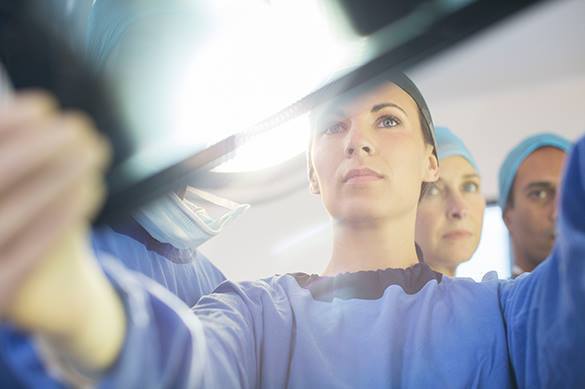 On December 3, the boy was playing catch-up with his friends during a school break. Being carried away with the game, the boy rammed against a door. The impact was so strong that the door handle pierced the boy's chest and broke.

Medics performed X-ray examination and found a ten-centimeter foreign body in the boy's thorax. Luckily, the handle did not damage vitally important organs.

Surgeons urgently operated the boy to extract the metal handle from his body.

The boy, a third-grader, said that he did not feel anything at the moment when the door handle penetrated into his chest. The boy, Slava Vanyushkin, has already been discharged from hospital after the successful surgery.

"No one could imagine at school that a game of catch-up could lead to such terrifying consequences. The kids were running along a corridor, when one of them slammed the door in front of Slava. He could not stop immediately and literally impaled himself on the door handle," the boy's parents said.