Why are Americans stupid?

Knowledge-exchange service Quora tried to find out why US citizens are generally regarded as stupid individuals. The services offered people to answer the question of why the world considers Americans stupid, despite the fact that the US has the largest GDP. 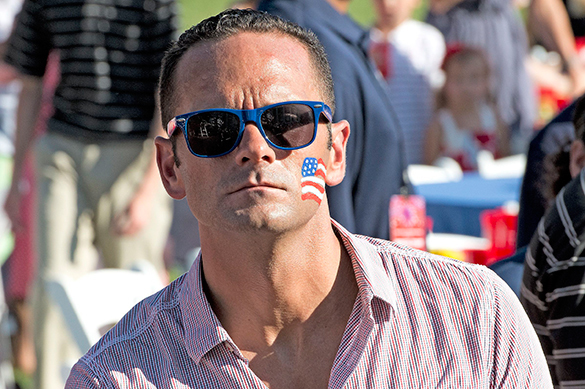 To prove the stupidity of the American people, it was said that more than a half of US citizens deny the theory of evolution and tend to believe in creationism. The number of people, who believe in the divine act of creation, is larger in the US than in any other developed country.

Also read: Americans smile all the time as if they are plugged in

The Americans are concerned about education solely as an opportunity to make money, which leads to decline in such fields as physics, mathematics, geography and history. The US education system per se is abundant with gross inequalities. About 20 percent of US residents hold diplomas of respectable universities, whereas 20 percent of others have received only a few years of secondary education.

Hollywood films and pop music are named as another reason for stupidity of American people as many US films and songs do not provoke any thoughts with people.

Some respondents said that they started thinking of the United States as a nation of stupid people after they saw the film "Forrest Gump."

The geographical location of the United States also affects the outlook of its inhabitants. The vast territory of the North American continent washed by two oceans stop many Americans from traveling and showing interest in the cultures of other countries. The same can be said about foreign languages.

To crown it all, US politicians, as representatives of the country on the international arena, are not a good example either. Many people consider Americans stupid simply because of the actions of US politicians.