Gays allowed to be US boy scouts' leaders

Adult gays now can be the leaders of the American boy scout groups. 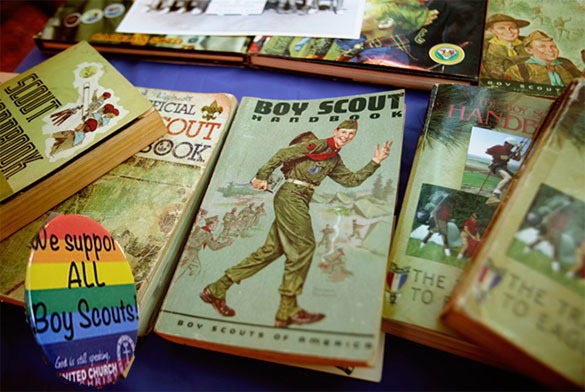 One of the largest youth organizations Boy Scouts of America lifted the ban on such appointments.

All the 17 members of the board backed the resolution on July 14, and on July 27 it was ratified by the executive council of Boy Scouts, that comprises 80 people.

However, the ban is still in operation for the boy scout groups organized under the auspices of a church. At this case, the gays will not be admitted as leaders.

Robert Gates, the BSA's president, and former Defense Secretary says that, "for far too long this issue has divided and distracted us. Now it's time to unite behind our shared belief in the extraordinary power of Scouting to be a force for good."