The plans of the Italian government to legalize gay marriage caused outrage in the country. In Rome, hundreds of thousands of people took to the streets to express their protest. The demonstrators were carrying placards with such slogans as "Family Saves the World" and "Protect our children!" 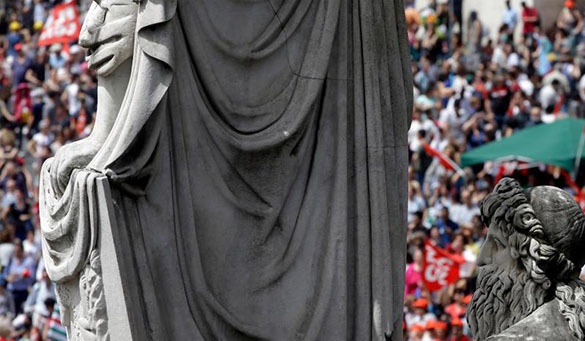 Organizers of the demonstration said that a million people took part in the event. The Italian police traditionally do not comment on the number of protesters.

Today, Italy remains the last country in Western Europe where same-sex marriage has not been legalized yet. However, the government of Prime Minister Matteo Renzi will try to legalize gay marriage by the end of this year, according to Der Spigel.

At the end of May of 2015, Ireland held a referendum on the legalization of gay marriage. As many as 62.1 percent voted for, while 37 percent of people voted against same-sex marriage. Speaking about the results of the Irish referendum, the Vatican secretary of state, Cardinal Pietro Parolini, said that the results of the vote marked "the defeat of Christian principles and humanity."

Gay Marriage Is An Oxymoron

How will gay marriage change the world?