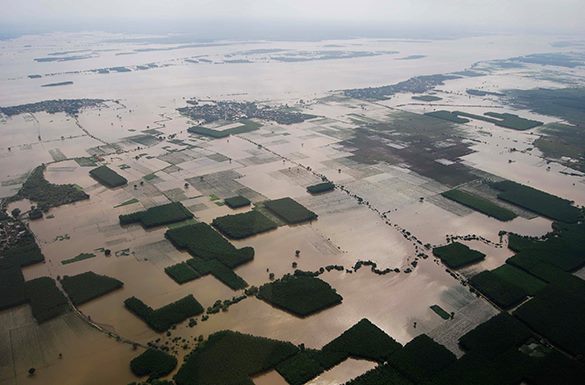 Polish astrophysicists believe that mankind will die as a result of the Deluge. The Deluge will occur on Earth after a large asteroid rams into the Moon. The asteroid will be larger than the Moon, the Polish scientists said.

In this case, the natural satellite of the Earth will break into pieces, forming Saturn-like rings around the planet.

Asteroid impact: Are we doomed yet?

According to the scientists, the ice in the craters of the moon, when on low orbit, will start melting. The melting ice will leader to never-ending monstrous rains that will flood our planet. Amsterdam, Copenhagen and London will be the first cities to drown. The capital of Bolivia La Paz will be the last one, the scientists said.