Armenia, which announced its boycott of Eurovision Song Contest 2012, will have to pay the fine and the fee for the participation in the contest. 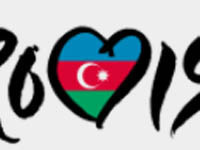 The European Broadcasting Union did not specify which amount Armenia would have to pay. However, it was said that Armenia's public TV would have to broadcast the final of the contest live and without any interruptions.

If the country refuses to meet these requirements, Armenia may lose the right to take part in the contest in 2013, Armenia Today said.

Officials with the European Broadcasting Union said that the decision about the fine had been made in accordance with the regulations of the contest.

In March of this year, Armenia officially refused to participate in Eurovision 2012. The contest is to take place in the capital of Azerbaijan, Baku. Armenia made such a decision after the death of its conscript, who had been lethally wounded by Azeri sniper on the border between the two countries, Vesti.Ru said. A group of more than 20 Armenian artists released a joint statement on February 23rd, in which they said that Armenia would boycott the contest.