British singer Amy Winehouse was found not guilty on Friday of assaulting a dancer at a charity ball last year. Winehouse, 25, had been accused of deliberately punching dancer Sherene Flash in the face backstage at the Prince's Trust Ball in Berkeley Square, central London, in September, inform Reuters. 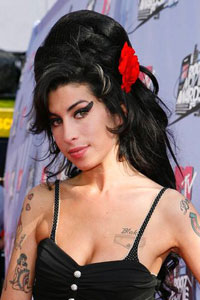 Winehouse looked confused as the judge said she was discharged, and shrugged her shoulders. She did not leave the dock until her lawyer seemed to clarify the ruling to her.

"I'm relieved. I'm going home," she said as she left the court.

The 25-year-old songstress -- said to be on the road to recovery from her drug addiction -- had denied beating Sherene Flash, a dancer, in an alleged incident in Berkeley Square, central London, on September 26, informs AFP.

In a statement read by a spokesman, the singer said she was "very happy to move on with her life and put the episode behind her."

During the two-day trial at London's City of Westminster Magistrates' Court , prosecutors accused Winehouse of punching Flash after a ball in London's Berkeley Square .

Prosecutor Lyall Thompson said the incident was "a deliberate assault by Miss Winehouse."

But Winehouse said she had felt intimidated when Flash "lunged at me and put her arm around me," and had only meant to push the other woman's arm away.

"I was scared," Winehouse said Thursday. "I thought 'People are mad these days, people are just rude and mad, or people can't handle their drink,' " The Associated Press reports.