According to Reuters after being MIA since a cameo in January, actress Jorja Fox is scheduled to return to "CSI." 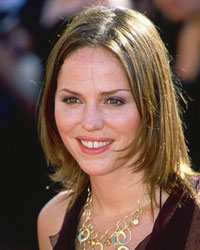 Fox, better known as Sara Sidle on the show, is expected to appear in five episodes of "CSI's" 10th season, TheCelebrityCafe.com reports.

"We're thrilled for Jorja's return to CSI," said executive producer/showrunner Carol Mendelsohn. "The viewers and longtime CSI fans will be excited to discover where life has taken Sara Sidle and what brings her back to the CSI team in Las Vegas in our premiere episode."

There are no immediate plans for Petersen, whose character had a romantic relationship with Sara, to return for more episodes.

CBS executives and "CSI" producers had said that they were looking to make significant creative changes on the show next season following a ratings slide in the wake of Petersen's replacement by Laurence Fishburne, Reuters reports.

With the ratings slipping a bit in key demographics since Petersen's exit in January 2009, the return of Jorja might be the kind of jolt the venerable crime drama needs to kick up the viewership, TV Squad reports.