Animal welfare activists save 18 dogs from knife in Philippines

Investigators and animal welfare activists have rescued 18 dogs from the butcher's knife in the northern Philippines, using a new law against the illegal meat trade, an official said Thursday. 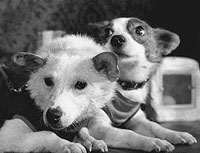 Animal welfare activists save 18 dogs from knife in Philippines

If convicted the traders face up to four years in jail plus a fine of 5,000 pesos (US$113) per dog traded. Under a previous law, traders faced milder sentencing.

Killing dogs for the meat trade is illegal. However, the law is vague about eating dog meat, considered a delicacy in some parts of the Philippines, particularly in Baguio in the mountainous Cordillera region, where back-street restaurants serve the meat despite the ban on killing dogs and protests from animal rights advocates.

In Monday's sting, Gil said activists from the Animal Kingdom Foundation Inc., a local affiliate of the British-based International Wildlife Coalition Trust, posed as dog meat buyers when government agents swooped down on the two suspects.

Jacinto Jalova, 60, and son-in-law Renato Quijano, 40, were nabbed as they were receiving money from the activists. Also present was a team from a local television investigative program posing as buyers, Gil said.

"Hopefully this (new law) will end the practice in Cordillera," said Brando Gegway, senior researcher of the Animal Kingdom Foundation.