Police said Wednesday they have video of a bar brawl in which members of a crew filming an Oliver Stone movie - including actors Josh Brolin and Jeffrey Wright - were arrested. 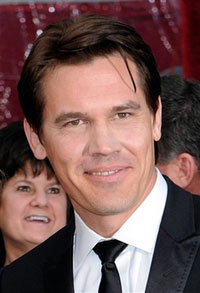 Police Chief Henry Whitehorn told The Times of Shreveport he is reviewing the case and will submit it to the city prosecutor's office, which will decide whether to proceed with charges.

Police said they have video from patrol car cameras and audio from officers' microphones but would not elaborate on their contents.

Brolin, Wright and five crew members of the Oliver Stone film "W." were arrested Saturday on misdemeanor charges at the Stray Cat Club.

Brolin, who plays President George W. Bush in the film, and Wright, who plays retired Gen. Colin Powell, are charged with interfering with police. Each posted a bond of US$384, according to court records.

The actors had just completed shooting the film, which is loosely based on Bush's life.

Officers said they were called to the club after a "W." crew member caused a disturbance. Police reports show he was charged with resisting arrest and public intoxication.

Four other cast members were booked on similar charges.

Messages left with the actors' publicists were not immediately returned late Wednesday night.