Police didn't have to go far to find $400,000 worth of cocaine - it was in an undercover car they'd been driving for two months. 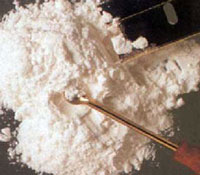 "These compartments have recently been more and more popular with drug operations," said Deputy Chief Julian Bernal, commander of the narcotics division.

Dallas police put the two-door 2004 black Infiniti into police service on May 7 after seizing it at a drug house. It had been found at a drug house earlier this year along with a 1999 Honda.

Bernal said the narcotics division searched both the vehicles and found nothing unusual after the seizure. The Honda was sold at auction.

Bernal said police plan to contact the person who bought the Honda to find out if drugs are hidden in that car, too. And, they are also trying to find out who owned the cocaine they have been secretly driving around with.