Billy Joel has released an anti-war song - "Christmas in Fallujah." His voice doesn't sound there. 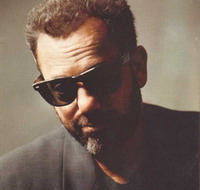 At 58, Joel felt he was too old to sing the song, which was inspired by letters the Piano Man received from soldiers in Iraq. So he gave it to Cass Dillon, a 21-year-old singer-songwriter from Long Island.

Dillon said he was thrilled to be asked.

"When someone of that stature, with that history of great songs behind him with such a huge catalog asks you to sing something he's written, there's nothing you can do but be completely honored to perform," Dillon said in a statement.

"Christmas in Fallujah" went on sale Tuesday on Apple Inc.'s iTunes. Net proceeds will be donated to Homes for Our Troops, which builds homes for severely wounded veterans of Iraq and Afghanistan.