Windows vs hackers: who is a winner?

The tool was downloaded as part of a wave of security updates Microsoft offered to users. If it is not installed Windows XP will periodically remind people to download and run the program. 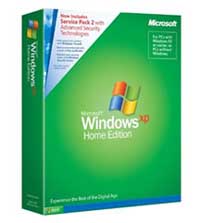 Windows vs hackers: who is a winner?

WGA requires users to enter the key code that comes with every copy of Windows XP. If the code is not genuine or has been used by someone else, users are told that they do not have a licence to use XP and are invited to buy a genuine copy at a discount price, BBC News reports.

New program has brought Windows big problems. The corporation has already two lawsuits. People claim that Microsoft violates spyware rights. The first lawsuit alleged that Microsoft's anti-piracy tool, which gathers information about the user's system, including such information as hard drive serial numbers , and determines whether the Windows software on the system is a legal copy, is in violation of spyware laws and the rights of consumersm, Bloomberg reports.

The second class-action lawsuit was filed Friday on behalf of a group of Washington businesses and individuals filed. It alleges that the tool, a Microsoft program designed to check whether a user is running a legitimate copy of the company's operating system software, amounts to spyware.

A spokesperson for Microsoft, Jim Desler, called the allegations "without merit" and said that "it's distorting the objectives of WGA and the filing obscures the harm of software piracy. WGA is distributed in a manner that is lawful."