Hole in Soyuz spaceship will remain mystery for good

The Russian Federal Space Agency, Roscosmos, found out the origin of the hole in the household compartment of the Soyuz MS-09 spacecraft. However, this information will be kept secret, the head of Roscosmos, Dmitry Rogozin said. 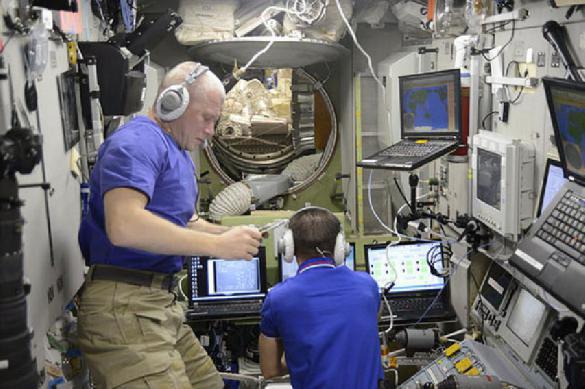 On the night of August 30, 2018, an air leak was detected on board the International Space Station. The crew checked all the compartments and found a hole in the Soyuz MS-09 spacecraft, which was allegedly made with a drill. The hole was found in the household compartment, not in the landing capsule. Therefore, the hole did not pose any threat to cosmonauts and astronauts' return back to Earth. Russian cosmonauts filled the hole with a sealant and covered it with patches. Afterwards, they conducted an ultrasound examination that confirmed that the air leak was eliminated.

On December 12, Russian cosmonauts Sergei Prokopyev and Oleg Kononenko went into open space to inspect the hole in the Soyuz shell from the outside of the spaceship. They opened the thermal insulation and anti-meteorite protection, examined the hole, photographed it and took samples from the surface. The operation to open the anti-meteorite protective shell in space was carried out for the first time in the history of space science.

It was believed that someone on board the ISS had made the hole in the spaceship deliberately to sabotage the space mission. Dmitry Rogozin later said that sabotage remains the only version to explain the origin of the hole. The official excluded the version of production defect. NASA representatives, in turn, noted that the conclusions of Roscosmos did not necessarily mean that the hole had been made intentionally, or with malicious intent.