A unique surgery was performed in China. Italian surgeon Sergio Canavero and his Chinese colleague conducted the world's first-ever head transplant surgery on a monkey. 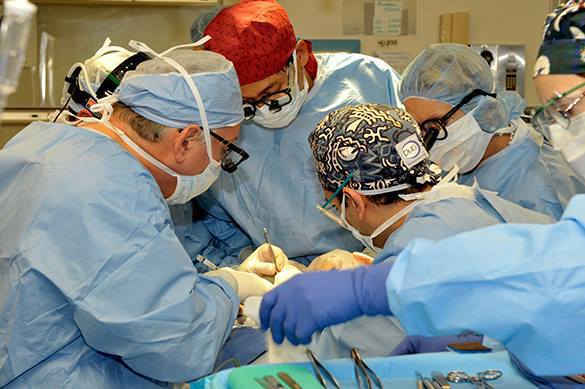 The operation was successful. The monkey lived for 20 hours after the surgery before the ape was put down.

Canavero has thus proved that head transplant operations are possible. Noteworthy, the surgeon intends to conduct the world's first ever head transplant surgery on humans. His patient will be Valery Spiridonov, a Russian IT specialist.

"It's important that people stop thinking this is impossible. This is absolutely possible and we're working towards it," Canavero said.

Until today, many specialists all over the world were convinced that head transplant surgery was impossible as the spinal cord could not be connected with the brain stem. Such a surgery, they believed, would keep a patient paralyzed.

In 2015, Sergio Canavero launched an ambitious project called HEAVEN/AHBR, under which it is planned to conduct the world's first transplant of human head.

The surgery is likely to be conducted in Moscow with the help of financial support from Russian oligarchs.