Eating at the Wrong Time Can Lead to Weight Gain

A new study in maice, researchers from Northwestern University have found that eating at the "wrong" time leads to more than twice as much weight gain, even when the overall calories consumed are the same as those eaten at appropriate times. 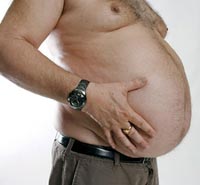 Eating at the Wrong Time Can Lead to Weight Gain

Their research is confined to animals, but the results are dramatic enough to point to the need for more human research, says Deanna Arble, a PhD student at Northwestern and the study's lead author, reports WebMD.

The finding might help people trying to lose weight, the researchers said. It may be possible to simply change the timing of meals and snacks, they said. That could mean eating more in the daytime and cutting back on the late-night ice cream, Reuters informs.

Fred Turek, director of the Center for Sleep and Circadian Biology at Northwestern and the study’s senior author, said that humans evolved from a situation where they ate and foraged between sunrise and sunset. "After sunset, there were no refrigerators, no food just hanging around,” he said. "You didn’t eat. But today, people eat most of their calories after sunset," informs The New York Times.