Google to account for its search and advertising practices

A House Republican sent a letter to Google Inc., asking the Internet search company to provide more information about its search practices and targeted advertising. 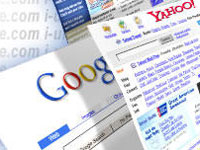 Google to account for its search and advertising practices

Rep. Joe Barton, R-Texas, the top Republican on the House Energy and Commerce Committee, said in the letter he was concerned about the privacy and consumer-protection implications stemming from Google's proposed $3.1 billion acquisition of New York-based DoubleClick, which places and tracks online ads for clients.

He sent a list of 24 detailed questions to Mountain View, Calif.-based Google regarding its data retention and privacy policies and how it uses such information. If the acquisition is approved, Barton wants the same questions answered for DoubleClick, the AP reports.

Google Inc. is an American public corporation, specializing in Internet search and online advertising. The company is based in Mountain View, California, and has 15,916 full-time employees. Google's mission statement is, "to organize the world's information and make it universally accessible and useful." It is the largest American company that is not part of the Dow Jones Industrial Average. Google's corporate philosophy includes statements such as "Don't be evil" and "Work should be challenging and the challenge should be fun", illustrating a somewhat relaxed corporate culture.

DoubleClick was founded in 1996. It was formerly listed as DCLK on the NASDAQ, and was purchased by private equity firm Hellman & Friedman in July 2005. Unlike many other dot-com companies, it survived the bursting of the dot-com bubble.

As Pravda.Ru previously reported Google has been knocking the cover off the ball for the last three years – showing increasing revenues, profit margins and market share gains, quarter over quarter.

The company that really started it all, Yahoo!, is on a mission to topple the search giant and reclaim its crown as the king of the Web.

Some people are skeptical. They think that Yahoo! just doesn't have what it takes to reach the scale and success of Google in the search advertising business.