Most Russians do not notice absence of delicious foreign food products

Most Russians are not concerned about the absence of imported foodstuff that fell under Russia's food embargo that the country introduced four years ago, a new study from Romir public opinion search center said. 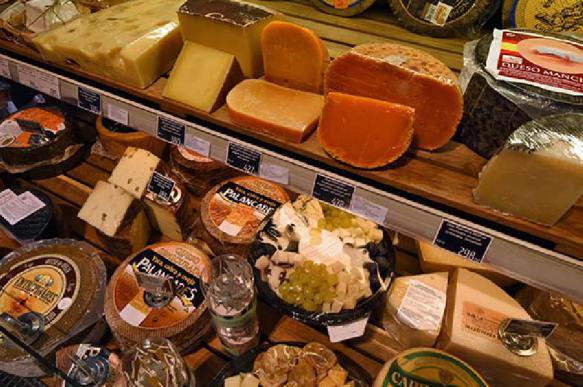 According to the study, only 24% of respondents said that they were upset about the shortage of imported products in Russian grocery stores. At the same time, 76% of respondents said that they were not concerned about the absence of certain foodstuffs that Russia used to import from the United States and other countries of the West that imposed sanctions against Russia, the study said.

However, many Russians are still unhappy about the quality of domestic products (particularly cheese) that replaced foreign analogues in food stores. Fifty-five percent of the polled said that they were satisfied with the substitution of imported foodstuffs.

More than a half of the polled - 55% - supported the extension of the food embargo, while 45% said that Russia should lift it.

The study was conducted among 1,300 people over 18 years of age living in all federal districts of the Russian Federation.

On August 6, 2014, Russian President Vladimir Putin signed a decree banning imports of certain types of agricultural products, raw materials and foodstuffs from the countries that imposed sanctions against the Russian Federation. The Russian food embargo affected the United States, the European Union, Canada, Australia and Norway. To this day, Russia does not import meat, sausages, fish and seafood, vegetables, fruits, and dairy products from those countries.