Russian President Vladimir Putin enjoys the support of citizens, because, among other things, of their "natural desire to protect themselves," Mikhail Gorbachev, the first President of the Soviet Union said adding that such a situation has been formed against the backdrop of a complicated situation in the world. 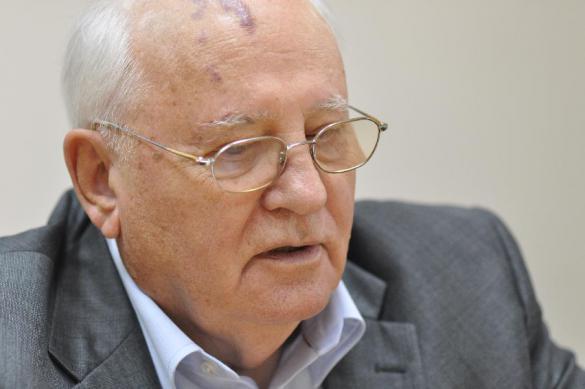 According to Gorbachev, Putin is the leader who "deservedly enjoys the support of the people."

Mikhail Gorbachev also spoke on the topic to change Putin as Russia's President. "I see that he did not take the problem lightly, he understood the great responsibility ... Now the opinions of intelligentsia, workers  have converged that apparently it is necessary to give him another season as President," Gorbachev concluded.

Putin officially announced his decision to run for president at the March 2018 election on December 6 during the anniversary of the GAZ automotive company in Nizhny Novgorod.

Earlier, Pravda.Ru wrote about Mikhail Gorbachev's view on Russia's reunification with the Crimea. "Crimea is Russia and let someone prove the opposite," he said a while back. When asked whether Putin had "imperialistic ambitions" taking into account the "annexation of the Crimea" and interference in the Syrian conflict, Gorbachev gave a strongly negative answer to the question.