New opposition walk in Moscow on April 2: What was it?

An action of "new opposition" was held in Moscow on April 2. Appeals to take part in the action, which was not coordinated with the authorities, appeared in social media several days in advance. In Moscow, the opposition action was supposed to take place on Red Square. 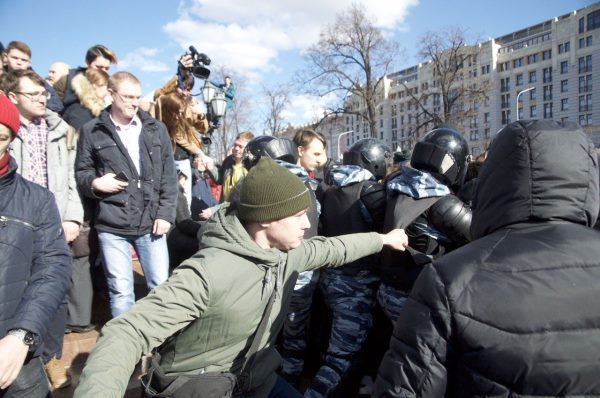 As many as 40 people were detained near the Moscow Kremlin, in the area of Manezhnaya and Triumfalnaya squares. Most of the detainees were representatives of nationalist organisations and groups.

The detainees told the police that they were taking part in the walk organised by the so-called "new opposition." It appears that the "new opposition" has become the main "beneficiary" of events that were happening in the centre of Moscow on Sunday. No large-scale actions of protest took place in other Russian cities.

It is worth noting that representatives of the opposition denied their involvement in the efforts to spread appeals about unauthorised actions on April 2.

Appeals to take part in mass rallies in Russian cities started appearing on March 27, the day after the unauthorised action in the Russian capital and a number of other cities. Blogger Alexei Navalny and members of his Foundation for Combating Corruption had called to take to the streets on March 26.

To spread information about the protest action on April 2, "Beautiful and Smart" community was used on Vkontakte social network, Ruposters publication said.

The technology used for the purpose was standard: at first they artificially create community's popularity and then promote necessary information. Interestingly, those who wanted to support "Beautiful and Smart," could find details of the Qiwi payment system registered with a Ukrainian phone number to make money donations.

Representatives for the metropolitan police, in turn, noted that the Moscow mayor's office had not filed any application for a mass event on April 2.