Nadia Savchenko was found guilty of killing Russian journalists and illegally crossing the border of the Russian Federeation, a court in Russia's Rostov said in a ruling on the case of the Ukrainian pilot and gunner. 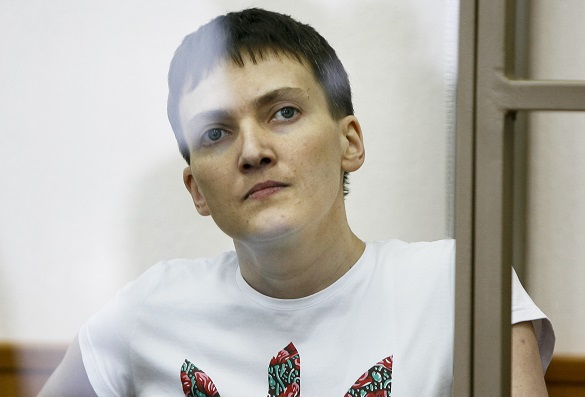 "Savchenko committed the murder in collusion with a group of individuals on the basis of hatred and enmity," the judge said when reading out the sentence.

"The motive for the crimes committed by the defendant was hatred and enmity against a social group ща residents of the Luhansk region, as well as Russian-speaking people in general," the verdict said.

"Not later than on June 9, 2014, Savchenko, having the skills of military training that she had received earlier in combat actions in Iraq, while on holiday, arrived to Aidar battalion on her own initiative to participate in armed clashes in the south-east of Ukraine," the court said.

Also read: The farce of Nadia Savchenko
According to investigators, on June 17, 2014, Savchenko was adjusting artillery fire on a checkpoint of ​​Lugansk militia in the area of the village of Metalist, where civilians were located, including three journalists of VGTRK. Two of them, Igor Kornelyuk and Anton Voloshin, were killed in the shelling.

Prosecutors demanded Savchenko should be sentenced to 23 years in prison, while her lawyers and the defendant insisted on her innocence.

A delegation of Ukrainian diplomats, as well as diplomats from the United States, Canada, the UK, Austria, Poland, Latvia, Romania, Spain, Slovakia, Germany, France, Sweden, Norway and Switzerland were present in the courtroom for the sentence.