Russia tells of its response to NATO's growing presence in Europe

Russia is watching the expansion of the US Armed Forces in Europe. Russia will respond to these activities, but it does not mean that Moscow will act symmetrically, a representative of the Russian Foreign Ministry said Feb. 4. 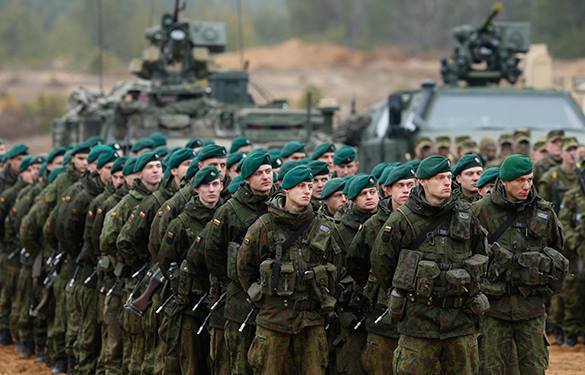 "A symmetrical response to this is absolutely not necessary. Compensating measures to maintain a normal military-strategic balance are being taken and will be taken," RIA Novosti quoted the head of the Department for European Cooperation at the Russian Foreign Ministry, Andrey Kelin as saying.

The diplomat stressed out that the United States is demonstrating the increase in the budget for the deployment of its armed forces in Europe.

According to him, next year, the White House will quadruple spending for the purpose.

Not that long ago, NATO Secretary General Jens Stoltenberg said that NATO did not have aggressive ambitions in building up its presence in Europe. On the contrary, NATO is doing it to contain the potential "aggressor" - Russia.