Trying to humiliate Russia, the West takes her to the top

The Western media is estimating Vladimir Putin's Annual Address to the Federal Assembly. For example, here is a quote from the Spanish newspaper El Pais: "Vladimir Putin will accumulate foreign policy challenges. But any of them can be more or less controlled, the same cannot be said for a profoundly ill Russian economy which is in deep decline due to the declining oil prices and the exchange rate of the rouble that lost 40% of its value within one year. That designates a winter of discontent in the streets of Russia". Vardan Baghdasaryan, Professor, Deputy General Director of the Center for Scientific and Political Reflection and Ideology (Sulashkin's Center) commented the conclusion of the Spanish media in an interview to Pravda.Ru. 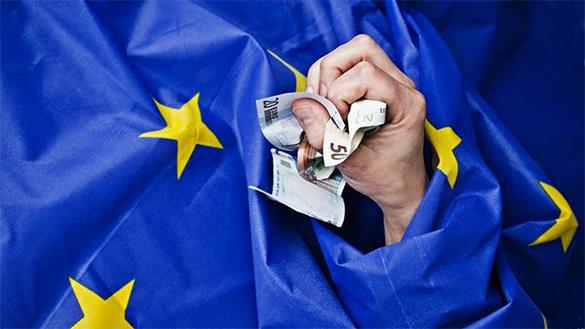 "If we scope out the big picture, the general problem of relations between Russia and the West, it becomes clear that there is an information-psychological war. Essentially, it was on all along. In '90s there was an illusion that there was no such conflict, however the West was still working to undermine fundamentals of the Russian statehood. Today, Vladimir Putin showed the exact image of the enemy in his Address to the Federal Assembly. This is very important since there was no such thing before. It was announced that Russia would never give up its sovereignty. The point being made by foreign media is as follows - you declare an enemy but in fact you will be unable to do anything, you do not have the strength and sufficient forces to stand against it. Economic indicators continue to decline. Oil prices are dropping down. The ruble is falling. In other words, you want to wage a war with us but do you have the strength for it? Essentially, that's the whole point. And all this is addressed to Russia with such sarcasm," the expert said.

That said Baghdasaryan noted that even if there were no Crimea, the enemy would have found a reason to launch a frontal attack against Russia. If we are in a state of confrontation, then the model must be completely different. The so-called floating exchange rate of currencies is absolutely unfit for this model, it is not adopted in a state of war.

The Pravda.Ru correspondent also asked the expert to comment attempts of the newspaper USA Today to explain why "Vladimir Putin's high rating defies any logic", after all, it did not find anything better than to refer to consolidating the country against the "external threat".

"I agree with this logic in essence. When it comes to the fact that Russia is based on the "challenge - response" system, a certain challenge is necessary for the system to mobilize and make a relevant historic breakthrough. The West has always been such an external challenge for Russia. It has always been such a catalyst of Russia's subsequent historic breakthrough. The country consolidated around a leader and a historic breakthrough was made. And now people felt that there was an answer to this western challenge, that their leader was engaging in a fight. I think this explains Putin's high rating in general. But I have to make a reservation, it is necessary to live up to this rating," Baghdasaryan noted.

The Pravda.Ru correspondent asked the expert what he thought of the comments to western publications on this issue, indeed many people gloat at the thought that Russians are expecting a tough winter.

"For a long time we lived appealing to the western opinion. How Russia is estimated in the West - this was the criterion for us. If there is a positive estimate, then we are moving in the right direction. If it is negative, then something is wrong. Western journals publish articles that comply with their value system. But Russia must follow its own values, why should we care what they think and say in the West. Sure, we need to account for that because we need to know the opponent's position, its state of mind. We need to carry on propaganda against this opponent ourselves and present our own alternative project towards that party, but Russian values matter the most," Vardan Baghdasaryan summarized.