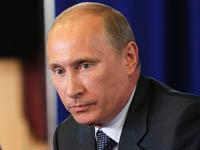 Russian President Vladimir Putin celebrates his 61st birthday on October 7. On his birthday, Putin arrived on the Indonesian island of Bali, where he would take part in a summit of leaders of the Asia-Pacific Economic Cooperation. As part of the summit, he will hold meetings with leaders of Indonesia, China and Japan.

Putin will celebrate his birthday upon his return home to Russia. Reportedly, the party is likely to take place at Podvorye restaurant in St. Petersburg that Putin visits and where he had celebrated his birthday before. It was also said that Putin likes gypsy music and often invites Gypsy House band to play at his birthday parties.