Russia to revise its relations with Cyprus - Medvedev 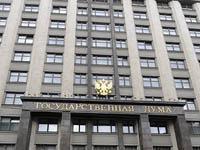 Russia will adjust its relations with Cyprus in the event the island nation taxes bank deposits, Prime Minister Dmitry Medvedev said at the meeting of the Supervisory Board of Vnesheconombank, which was held in connection with a possible debit of up to ten percent of the funds from the bank accounts of the country.

Medvedev said that he did not know who the author of the idea was. "This practice, unfortunately, was very well known and is familiar to many Russians from the Soviet period, when money was exchanged with coefficients and never returned. - said the prime minister. - But Cyprus is a country with market economy, a member of the European Union," Medvedev said. As the prime minister said, the move "looks just like confiscation of people' money."

Russian President Vladmir Putin said that the decision on collection was unfair, unprofessional and dangerous. The head of the Russian Ministry of Finance, Mr. Siluanov made it clear that the one-off tax could abolish the debt restructuring of Cyprus to Moscow.

Earlier, the Cypriot authorities stated at the request of the EU that they were going to debit up to 6.75 percent from deposits under 100,000 euros, and from larger deposits - 9.9 percent in profit of state.