37 people killed and more than a dozen others injured in a shoe factory fire - one of the deadliest industrial accidents this year in a country. China is replete with dangerous workplaces. 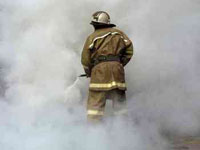 The blaze started Sunday night in a workshop making shoe uppers, said a woman surnamed Zhou in the information office of the Communist Party committee in Putian, a coastal city in southeastern Fujian province. It was likely caused by an electric wire that caught fire, according to a spokeswoman for the city police.

None of the 56 workers at the factory escaped unhurt. Besides the 37 dead, 19 were being treated at hospitals, Zhou said.

Putian is a center of shoe manufacturing in China and the export business has helped turn Fujian into one of the country's most prosperous provinces.

With more than 3,000 shoe factories in the area, Putian exported more than US$1.1 billion (€770 million) in shoes last year, state media has reported.

While China's coal mines are known to be the world's most dangerous, safety violations are also rife in the country's many factories. Thousands die each year in fires, explosions and other accidents often blamed on insufficient safety equipment and workers ignoring safety rules.

Last year, 14,382 people died in 12,065 industrial accidents, not including fires, according to the State Administration of Work Safety. The agency recorded three major blazes in 2006, killing a total of 38 people.

The factory fire was not the only workplace accident in China on Sunday - a fireworks plant exploded in Chongqing municipality, killing 16. The blast leveled several houses and left 15 injured and one missing, the official Xinhua News Agency said. The cause has not been determined.

The Feida Shoe Upper Manufacturing Workshop was located in a residential area of Putian, but the blaze did not affect nearby homes, Zhou said.

She said police detained the owner and her husband, Huang Shubin and Chen Zongfei.

Zhou said the workshop was operating without a license. Huang registered the business with the local government in 2003, but the license was revoked in 2004 after officials found it illegally combined work, storage and living areas, Zhou said.

Xinhua, citing provincial information office director Zhu Qing, said the business was licensed, but had been warned in May and September to improve working conditions to meet safety standards. Telephones at Zhu's office were not answered on Monday.

A deputy director of the State Administration of Work Safety went to Fujian to lead an investigation, agency spokeswoman An Yuanjie said. She had no further details.

The death toll in Sunday's fire was among the highest in an accident so far this year. The worst accident in China this year was in August when 181 coal miners died when a dike on a swollen river broke, flooding two mines.

Shoe factories in Putian were accused in the mid-1990s of being toxic workplaces for their predominantly female work forces. Many of the factories were found to use glue containing benzene, a cancer-causing chemical.