A Seattle hospital acknowledged breaking state law when doctors performed a hysterectomy on a severely developmentally disabled girl whose parents have pursued medical treatments to stunt her growth. 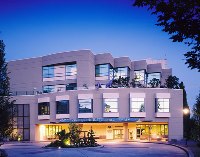 Sterilization surgeries must not be performed on children without a court order, Children's Hospital and Regional Medical Center said Tuesday after an investigation by the Washington Protection and Advocacy System, a non-profit group advocating for the rights of people with disabilities. The hospital also agreed to appoint "someone with a disability rights perspective" to its ethics committee.

Doctors performed the experimental surgeries in 2004, removing the girl's uterus and breast buds. The girl, identified only as "Ashley," was 6 years old at the time. The hospital's ethics committee supported the treatment, which included hormone therapy, but noted before the surgeries that court review would be required.

A lawyer for the girl's parents disagreed, saying the state law did not apply in Ashley's case, and the hospital performed the procedures without court permission. Ashley was diagnosed with severe brain damage shortly after birth, and her condition has left her in an infantile state, unable to sit up, roll over, hold a toy or walk or talk.

"We deeply regret that a court order was not obtained and that an independent third party was not sought to represent Ashley. We take full responsibility for the miscommunication between the ethics committee and the treating physicians," said Dr. David Fisher, the hospital's medical director. "We have introduced new safeguards so that procedures requiring a court order will have one obtained before they begin."

Ashley's doctors touched off a highly charged ethical debate when they wrote about her treatment in October's Archives of Pediatrics & Adolescent Medicine. Some critics decried the parents' actions as perverse and akin to eugenics. Her parents maintained that keeping her small would make her more comfortable and allow them to move her more easily and take better care of her.

On their blog Tuesday, Ashley's parents praised the advocacy group that investigated the case for its vigilance. But they also said they hoped requiring court orders in such cases would not create obstacles for parents seeking the best care for their disabled children.

"As responsible and loving parents, deeply concerned for the well-being of our child, we provided a better quality of life to our Ashley, who is doing very well under our love and care," they wrote. "We hope that other families of the many children like Ashley will likewise be able to care for and benefit their children without undue obstacles."

But Curt Decker, executive director of the National Disability Rights Network, said advocates for the disabled "still have a lot of questions about why this type of invasive and irreversible procedure would be performed on a 6-year-old."

"We hope that the agreement between WPAS and Children's Hospital will be the first step in resolving this issue and that the long-term result will be an end to the use of the 'Ashley Treatment,"' Decker said. "I know the entire disability community will be carefully watching the implementation of this agreement."