U.S. skeptical of Iranian claims not to know anything about a former FBI agent missing in Iran

The United States is growing increasingly skeptical of Iranian claims not to know anything about a former FBI agent who went missing in Iran. 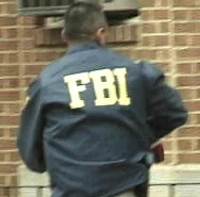 U.S. skeptical of Iranian claims not to know anything about a former FBI agent missing in Iran

Fearing that elements of Iran's security forces may be holding Robert Levinson, last seen on the Iranian island of Kish in early March, the State Department is now publicly questioning Tehran's denials and widening its quest for information about him.

"Given the nature of the Iranian security apparatus, we find it hard to believe that ... they don't in some way monitor the comings and goings of individuals on Kish Island, including foreign nationals," spokesman Sean McCormack said Tuesday.

His comments were the first open U.S. challenge to the Iranian foreign ministry's assertion last week that it had no knowledge about Levinson, who was on Kish, a Gulf resort and free-trade island, on private business when he disappeared.

There have been several news reports that Levinson, 59, who retired from the Federal Bureau of Investigation in 1998, is being held in Iran, possibly as a hostage to trade for five Iranians detained by U.S. forces in Iraq.

McCormack said the United States still had no way of "validating" those reports, but noted that copies of which were attached to the latest U.S. appeal to Iran for information about Levinson sent through Swiss intermediaries over the weekend.

"I can't rule out for you that he is, in fact, being held by the Iranian government," he said. "We don't know, we'd like to get to the bottom of it."

Washington has no diplomatic ties with Tehran and has made repeated requests to Tehran through the Swiss about the case, now the longest in recent memory involving a missing U.S. citizen in Iran.

After Iran replied formally that it had no idea about Levinson's welfare and whereabouts, the State Department last week moved beyond the so-called "Swiss channel" and asked two other European nations that have ties with Iran for help.

McCormack said Tuesday that a third, non-European country had also been contacted for assistance. He declined to identify any of the three nations.

He also said that Secretary of State Condoleezza Rice might personally raise the Levinson next week with Iranian officials should they attend a conference of Iraq's neighbors in the Egyptian Red Sea resort of Sharm el-Sheikh.

"This could be something that would merit a U.S. representative bringing up with the Iranian government should the opportunity present itself," McCormack said. "We'll see what diplomatic opportunities there are."

Levinson's wife has issued several pleas for information on the whereabouts of her husband, who was believed to be on Kish, known for its beaches, sea turtles and relatively liberal atmosphere, doing research for an independent filmmaker.

U.S. citizens are not barred from traveling to Iran but must obtain a visa, although no Iranian visa is required to visit Kish island.

Levinson's disappearance was first reported during the crisis over 15 British sailors and marines seized by Iran from the Gulf, but U.S. officials have said repeatedly there is no connection between the cases.