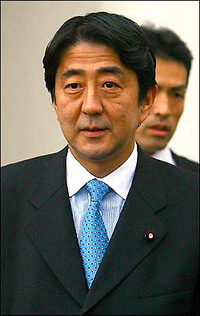 Just days after the shameless murder of the mayor of Nagasaki city by a mafia boss Japan is terrified by series of gangster-related shootings in Tokyo leaving one man dead.

The latest shootings had no connection with the killing in Nagasaki on Tuesday, and police were investigating whether the latest incidents signaled a brewing war between rival organized crime syndicates, said local police official Yukio Tonose.

Friday's events began when a suspected gangster shot a rival on the street near a convenience store in a western suburb of the capital, Tonose said. The victim, who was later identified as a 37-year-old gang member, died in hospital.

The shooter is then believed to have barricaded himself in a rival gang's office from where a total of nine shots were fired, and one of the bullets hit a police patrol car, said a Tokyo Metropolitan Police spokesman who spoke on condition of anonymity, under police protocol.

"We believe these shootings were related to a war between rival gangs," Tonose said.

Police evacuated nearby residents and were trying to negotiate his surrender.

Shootings are relatively rare in Japan, which has strict gun control laws, but Friday's incident was the second this week.

"The cases must be investigated inside out, and I would like (the authorities) to step up anti-crime measures," Prime Minister Shinzo Abe told reporters later Friday. "We must make utmost effort to eradicate such shootings and gangster groups."

On Tuesday a gangster seeking compensation from the city for damage to his car fatally shot the mayor of Nagasaki. Police arrested Tetsuya Shiroo, a senior member of Japan's largest crime syndicate, the Yamaguchi-gumi, at the scene and said he admitted to the attack.

According to local media, police believe Shiroo harbored a grudge against Mayor Iccho Ito over unheeded claims for damage to his car when he drove into a hole at a public works construction site in 2003.