A coroner's jury ruled that knifing death of a pregnant Illinois woman and the drownings of her three children were homicides. 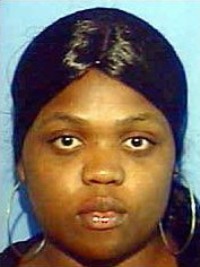 A friend of the victim,Tiffany Hall,has been charged with first-degree murder and faces a possible death sentence in the slaying of Jimella Tunstall. She also has been charged with intentional homicide of an unborn child Tunstall's 7-month-old fetus. She has pleaded not guilty.

Hall has not been charged in the drownings of Tunstall's three other children ages 7, 2 and 1. But authorities say she has confessed to those killings and told them where they could find their bodies, which were found partially decomposed in their apartment two days after Tunstall's body turned up in a weedy lot.

Prosecutor Robert Haida has publicly declined to call Hall a suspect in the slayings of the three children, whom she once baby-sat. Authorities have not publicly discussed a possible motive for the killings, saying that would be revealed at trial.

Investigators suspect Tunstall bled to death on or about Sept. 15 after she was knocked unconscious before her womb was cut open, perhaps with scissors that were found near her body. The fetus was removed and missing.

Later that day, authorities said Hall summoned police to a park just blocks from where Tunstall's body later was found  and said she had given birth to a stillborn child. At a hospital, Hall refused to let doctors examine her and gave conflicting accounts of why she went into labor, alternatively saying she had consensual sex and was raped, investigators said.

Authorities have said that during the baby's Sept. 21 funeral, Hall confessed to her boyfriend that the baby was not his and that she had killed the mother to get it. The boyfriend notified police, who found Tunstall's body and arrested Hall.

Haida has called the death penalty "the appropriate course of action." The slayings, he said, were "cold, calculated and premeditated."

Illinois executions have been at a standstill since 2000, when then-Gov. George Ryan imposed a moratorium on capital punishment. Gov. Rod Blagojevich has kept the moratorium in place.