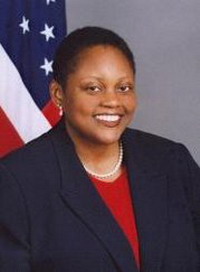 There’s the danger of breaking more then a week long calm in Somalia if the Ethiopian military starts the new fighting, so the dominant clan in capital planned to hold talks Tuesday.

The influential Hawiye clan brokered a truce nine days ago with Ethiopian military leaders who are here protecting the Somali government from Islamic insurgents. But Somali and Ethiopian troops have been closing streets and digging trenches in recent days, raising concerns that more clashes could be imminent.

"It is possible that the two warring sides could restart the fighting at any time," Mogadishu resident Ahmed Ibrahim told The Associated Press.

Even by Somalia's bloody standards, four days of fighting that started in late March were intense and took the greatest toll on civilians. A local human rights group said more than 1,000 civilians were killed or wounded. The U.N. refugee agency says some 124,000 people have fled Mogadishu since the beginning of February.

The fighting started when Ethiopian troops used tanks and attack helicopters in an offensive to crush insurgents.

The insurgents are linked to the Council of Islamic Courts, which was driven from power in December by Somali and Ethiopian soldiers, accompanied by U.S. special forces. The U.S. has accused the courts of having ties to al-Qaida.

The militants reject any secular government, and have sworn to fight until Somalia becomes an Islamic emirate.

The top U.S. diplomat for Africa, on a visit to Somalia over the weekend, named Eritrea as supporting the insurgency.

"Eritrea is the country of most concern, but it is not the only country," U.S. Assistant Secretary of State for African Affairs Jendayi Frazer said Saturday on the first visit by a top U.S. official to Somalia in more than a decade. She said extremist Islamic fighters "are getting their support from the global jihadist network."

On Monday, Eritrean President Isaias Afwerki met with Sheik Sharif Sheik Ahmed, a leading official of the Islamic courts, in the Eritrean capital of Asmara.

The president said the Islamic courts are "part and parcel of the noble opposition of the Somali people against aggression," according to a statement on the Eritrean Information Ministry Web site.

Somalia has been mired in chaos since 1991, when warlords overthrew dictator Mohamed Siad Barre and then turned against each other. A national government was established in 2004, but has failed to assert any real control.