A 17-year-old Minnesota girl who spent weeks looking for her missing dog was horrified when she unwrapped a box left on her doorstep and found her dog's severed head inside. 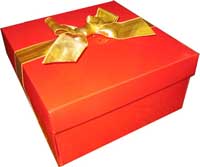 Homicide investigators were looking into the case because of the "implied" terroristic threat, St. Paul Police Sgt. Jim Gray said. The Humane Society of the United States said Wednesday that it was offering a reward of up to $2,500 (EUR1,896) for information leading to an arrest and conviction.

"This was extraordinarily heinous," said Dale Bartlett, the Humane Society's deputy manager for animal cruelty issues. "I deal with hundreds and hundreds of cruelty cases each year. When I read about this case, it took my breath away. It's horrible."

"That level of depravity is beyond belief," Bartlett said.

After Crystal Brown's 4-year-old Australian shepherd mix wandered away last month, she peppered the neighborhood with "missing" posters, and went door to door looking for him. She called the St. Paul animal shelter and rode the bus there several times.

"I felt empty," Crystal said. "I couldn't talk to anyone. He was my dog. It was just me and him. ... I told him everything and he never shared any of my secrets."

Two weeks ago, a gift-wrapped box was left at the house Crystal shares with her grandmother. The box had batteries on top, and a note that said "Congratulations Crystal. This side up. Batteries included."

Crystal screamed when she saw her dog's face, the Star Tribune reported.

"She was just hysterical," said Crystal's grandmother, Shirley Brown. "She was screaming. She said, 'Grandma, it's my dog's head.'

Authorities say the case is an isolated incident and the suspect likely knew the family. A motive is unclear, reports AP.