Anti-abortion extremist apologizes to doctor's widow at US trial

An anti-abortion extremist defending himself against charges of killing a doctor apologized to the man's widow and declined to cross-examine her after she described how her husband fell against her after he was shot in their kitchen. 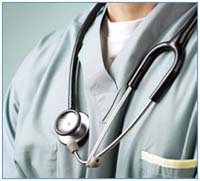 Anti-abortion extremist apologizes to doctor's widow at US trial

The apology came Tuesday on the first day of James Kopp's trial on federal charges that he violated the Freedom of Access to Clinic Entrances act by killing Dr. Barnett Slepian, who provided abortions.

He is already serving 25 years to life on a state conviction of second-degree murder, but a federal conviction would carry a maximum sentence of life without parole.

"Mrs. Slepian, I just wanted to say I'm sorry. I respect you and your family," Kopp, 52, said quietly.

Lynne Slepian, who had just recounted the Oct. 23, 1998, shooting for the jury, looked at Kopp but did not react.

Earlier Tuesday, Kopp used his opening statement to tell jurors that Slepian's death was "a full-bore, 100 percent tragedy" but was not murder because it was not malicious or premeditated.

Kopp has acknowledged planning the shooting for a year and then firing a high-powered military rifle with telescopic sights from the woods behind the Slepian home, but he has said he meant only to wound the doctor to prevent him from performing abortions.

"Shoot them in the head, blow up a car, riddle their body with bullets like they do in the movies. That's how you kill someone" with premeditation, Kopp said.

He urged jurors to look for evidence of premeditation or malice toward Slepian. "If you don't see it, that's me proving my case," he said.

Assistant U.S. Attorney Kathleen Mehltretter outlined a case that will rely in part on Kopp's own admissions, made in the media and at his state trial.

Lynne Slepian began the government's case with her description of the shooting just after she and her 52-year-old husband returned home from a memorial service for Barnett Slepian's father at about 10 p.m.

"He was starving, so he went right to the refrigerator," Mrs. Slepian said. While soup was heating in the microwave, Slepian began emptying his pockets at a desk as she spoke in the kitchen with two of their four sons, ages 7 to 15 at the time.

"I heard a popping noise," she said. "He looked at me and thought he'd been shot. I rushed over to him. He fell against me and then fell to the floor. I yelled to my oldest son. One of us called 911 (emergency services) and we grabbed some dish towels and we tried to stop the bleeding."

Kopp is also charged with using a weapon in a violent crime. The trial is expected to last about three weeks.

He is also suspected in the nonfatal shootings of four doctors in Rochester, New York, and Canada.