Pilot of the Sukhoi Su-24 bomber plane, Lieutenant Colonel Oleg Peshkov, was buried with military honors on the central cemetery of the city of Lipetsk. 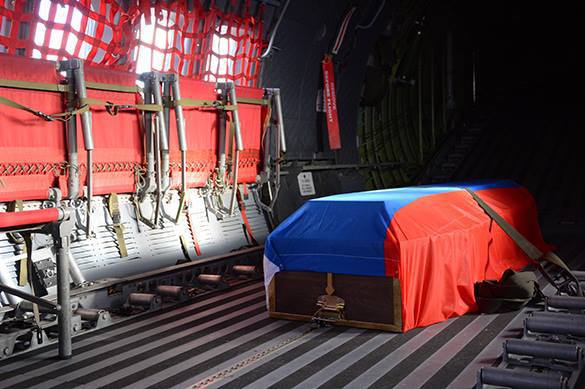 "We will immortalize your name in the streets and avenues of Lipetsk. On your name, Oleg, we will be raising our children. We will never forget," Governor Korolyov said, Pravda.Ru reports with reference to RIA Novosti.

The governor stressed out that the Ministry of Defense and the administration of the region will provide all necessary assistance to the family of Oleg Peshkov.

Oleg Peshkov ejected from the spinning Su-24 bomber aircraft after a Turkish F-16 fired a missile at the Russian plane on November 24. Parachuting down, Peshkov was killed with gunfire from the ground. The second pilot survived and was rescued. A Russian marine was also killed in the search and rescue operation.

The killed pilot of the Russian aircraft was awarded the title Hero of Russia posthumously in accordance with a decree signed by Russian President Vladimir Putin. In addition, captain Konstantin Murakhtin (the navigator of the downed Su-24) and marine Alexander Pozynich (a member of the search and rescue operation) were awarded the Order of Courage "for courage, bravery and selflessness shown during the performance of military duty."

In memory of Oleg Peshkov, a memorial board will be installed in his native Amur region. One of the streets of the man's native town is likely to be renamed in his honor.