A huge forest fire has enveloped today the Peloponnese island in southern Greece. The fire broke out on the outskirts of the Greek capital. 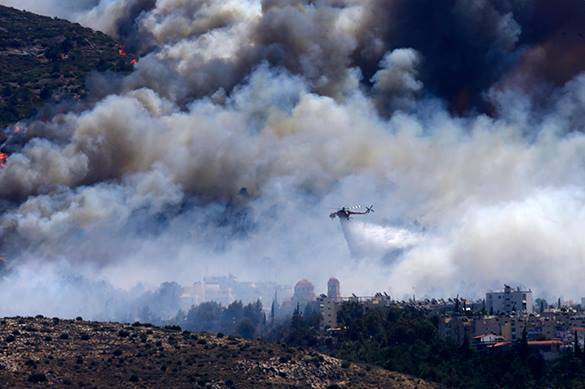 The area under fire has been extending at rapid pace, because of bad weather conditions and strong wind.

Rescue workers and firefighters evacuated three villages, as well as 100 tourists being trapped on the beach.

Some helicopters, water-dropping planes, dozens of firefighting brigades, a coast guard vessel and 120 firefighters have been involved in the operation.

One of the seven firefighting planes battling the Lakonia blaze had to make an emergency landing but the two pilots were not hurt, the fire department said.

No information on the injured has been provided yet.