The latest in mother-daughter feud between Candy and Tori Spelling is like something only the late family patriarch Aaron Spelling could have scripted. 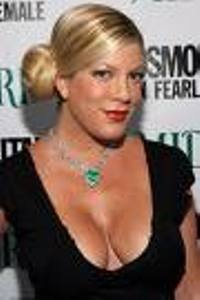 Though, to be fair, the TV mastermind behind The Love Boat and Charlie's Angels would certainly have made this much sexier, a lot less tedious and probably found a way to include a guest shot for Charo , E! Online reports.

As if it were taken right from one of Aaron Spelling’s scripts, the feud between Tori Spelling and elder Candy Spelling keep feud fires burning.
Candy Spelling refused to attend her granddaughter’s first birthday party because she did not want to become part of her daughter’s reality show. Tori was highlighted on an envelope addressed to TMZ that read in all capital text, to “MIDDLE-AGED REALITY SHOW STARS (LIKE MY DAUGHTER),” according to the publication ,TheCelebrityCafe.com reports.

However, Candy Spelling has written an open letter to daughter Tori Spelling in response to the two-part season finale of "Tori & Dean: Home Sweet Hollywood" about Candy's granddaughter's first birthday party and the fact that Candy does not attend.

Tellingly, Candy, 63, has communicated publicly, via TMZ. Even referring to her daughter as a "middle-aged reality show star." ,Los Angeles Times reports.