It seems the sun has barely set on the movie phenomenon "Twilight,' and already its sequel "New Moon" is rising with its stars promising a more emotional journey and more action than the first film. Fans of the original that has raked in more than $380 million at worldwide box offices got their first glimpse of "The Twilight Saga: New Moon" at the giant Comic-Con International pop culture convention in San Diego on Thursday , Washington Post reports. 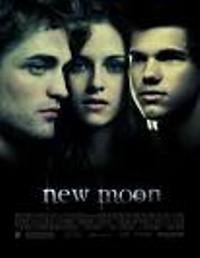 However, there is one thing about New Moon costars Robert Pattinson and Kristen Stewart that is undeniable – their attraction is palpable.
"The chemistry is incredible," says costar Ashley Greene, who joined the duo at Comic-Con in San Diego to promote their new flick in the Twilight series.
Pattinson, 23, and Stewart, 19, reunited Thursday at the convention after spending most of the summer on different coasts: she in L.A. filming The Runaways (portraying rocker Joan Jett); he in New York City filming the indie drama Remember Me , People Magazine reports.

Summit Entertainment's presentation was the second big presentation of the day and included looks at Sorority Row and Con-favorite The Twilight Saga: New Moon . However, to call it a "big" panel is a bit of an exaggeration considering Astro Boy and Sorority Row were treated as red-headed step-children and limited to having the casts introduce the trailers before the last 45 minutes of the hour on New Moon. Since it's their cash cow you can hardly blame them, but it doesn't say much for the rest of their slate, RopeofSilicon.com reports.