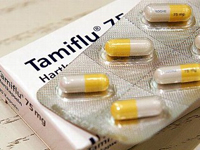 The World Health Organization says isolated cases of drug-resistant swine flu in Britain and the United States have not changed the agency's assessment of the disease and protective measures against it.

It says Tamiflu remains highly effective against the vast majority of H1N1 cases.

Four cancer patients in a North Carolina hospital tested positive last week for a type of the flu that was resistant to Tamiflu. Five people at a British hospital also didn't respond to the drug after contracting the flu.

WHO flu chief Dr. Keiji Fukuda said Thursday that investigations were under way, but that the American and British patients for whom Tamiflu did not work had severely weakened immune systems, according to the Associated Press' report.