Motorola Inc. has decided to drop a court case against an Indian state-run telecommunications company of unfairly disqualifying it from bidding on a large contract. 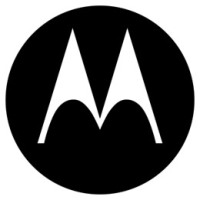 Motorola was disqualified from bidding on technical grounds, and media reports said Sweden-based Ericsson had emerged as a favorite.

The High Court ruled that BSNL wait to award the contract until Motorola's case was heard.

But on Monday, Motorola announced its decision to withdraw the litigation.

"Withdrawal of the case by Motorola in no way reflects any change in Motorola's original position that its bid was in compliance with the tender conditions," the company said in a statement.

The statement didn't elaborate further. BSNL officials could not immediately be reached for comment.

BSNL Ltd. is the only company offering landline and mobile phone services across all of India. Other bidders for the contract included Finland's Nokia Corp., Germany's Siemens AG and Chinese telecom giant ZTE. The Chinese company also was disqualified for technical reasons.